Long time no post… There is a lot to catch up with!

I’m now working so I try to keep the spare time during the weekend for offline activities.

I have been reading with interest about people trying to live in a more sustainable way and I try to contribute myself – through small steps and actions – to a better future for the planet.

Apart from buying less of unnecessary things, I buy more local or sustainable (although it’s hard to know/find the truth about origin, process of making etc. in these times of hype marketing and displaced purchasing).

Anyway, let me cut this story a bit shorter.

This summer and autumn I have been making jam from gathered berries and the odd fruits bought in season and even from salvaged fruits!

I made elderberry jam (sorry no pictures) from berries I salvaged when some elder plants had to be cut to refurbish my balcony in Austria. 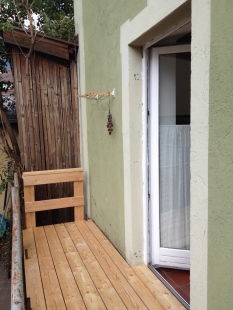 the balcony just refurbished from a local company

Back in London, I was gathering blackberries at the local natural park. I also bought some in-season English raspberries, which, because they were a few days old stock, had been strongly reduced – so I saved money and avoided it going to waste; but next time I’ll try to find some local produce, instead of buying from a supermarket. 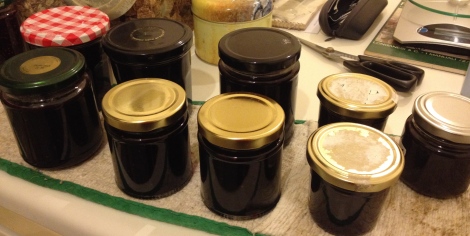 Finally, one day on my way back home, a local seller was disposing of some damaged fruit (that is, he left the baskets by the road-side for waste collection).. I felt a bit bad to take it, so I didn’t stop. After thinking a bit about it, the idea of the fruit going to waste was making me feel really bad!

Once a friend told me that I’m a “war child”, which luckily I’m not. Though I do listen with interest to stories from people who have gone through hardship. My late mum told me of when she was a child and their family was poor and while the adults were out working in the fields, the kids were at home and there wasn’t much food, so sometimes they went searching for bird eggs or wild salad… I don’t think such stories only belongs to the past or third-world countries: there are many children and families living below the poverty line even here in the UK (3.7 million children were living in poverty in the UK in 2013-14, that’s 28% of children).

Anyway, the bottom line is that I did go back and took some of the little that, by then, was left  on the street – a few small baskets of figs and some strawberries; they were a bit damaged but a good part could be salvaged for jam making after removing the wasted parts. I also added some more berries I harvested during another walk. So that became “figs & berries” jam.

I really enjoyed harvesting the fruit, making my own jam – which I’m now using instead of the store-purchased one – and knowing exactly what ingredients went in the product!

and some “easy” wisdom: 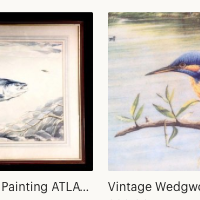 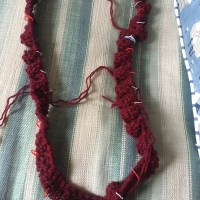 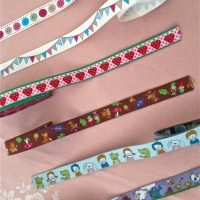 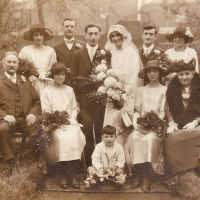